You are here:
Supply ChainWarehousing & Storage 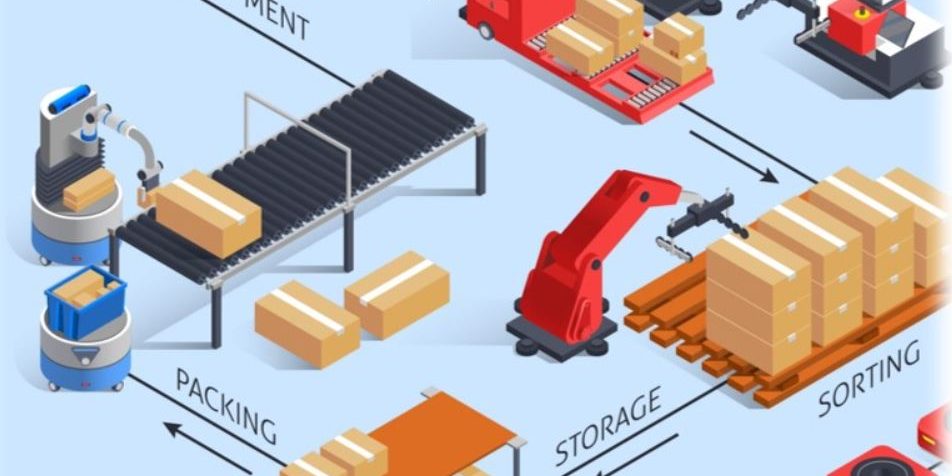 ARC Advisory Group’s Global Warehouse Automation Research study is now complete and available for purchase. The research process includes an analysis of large amounts of information and interviews with executives from numerous warehouse automation providers; and concludes with the publication of ARC’s research study. I provided a glimpse of the study content in an article in October that lists the top 20 warehouse automation suppliers, based on ARC’s estimates of 2021 revenues. Today I am providing a list of the top five factors impacting warehouse automation adoption. Together, these two articles provide a substantial quantitative and qualitative overview of the global warehouse automation market. Those of you interested in learning more about the full content of ARC’s comprehensive research, view the research brochure here. If interested in receiving a full table of contents, please contact Conrad Hanf (chanf@arcweb.com) if you are located in North America, Latin America, or Asia; or Ann-Kathrin Blech (ABlech@ARCweb.com) if in Europe. For additional questions about research content and methodology, feel free to contact the author, Clint Reiser creiser@arcweb.com.

This year’s research on the warehouse automation market shows (once again) that the fulfillment requirements from the ongoing, widespread growth in e-commerce continue to be the most prevalent factor stimulating demand growth for warehouse automation systems. In fact, retail and other verticals such as logistics providers (parcel) experienced rapid growth from 2019 – 2021. However, recent activity suggests that capacity has been overbuilt by some large e-commerce providers –leading to select project cancellations and postponements.

The importance of warehouse system adaptability has increased over the years. Adaptability has become more important due to increased variability in order volumes, product mix, and overall business. In general, business is becoming less predictable. This uncertainty has increased the importance of adaptability, scalability, and modularity. At the same time, fulfillment responsiveness has also become more important than it was in the past. The increased importance of adaptability and responsiveness is largely driven by the competitive effects from e-commerce fulfillment. Shuttle systems with the ability to store and handle a wide range of item sizes and shapes; AGVs/AMRs with the ability to easily scale up and scale down for changing volumes; and pocket sorters with efficient sorting and sequencing capabilities are a few of the systems that are addressing these requirements.

Companies in emerging markets are increasing investment in warehouse automation. Emerging market businesses have historically been hesitant to adopt automation due to the low labor costs in their regions. However, more recently companies in emerging markets have been investing in warehouse automation for reliability, consistency, order accuracy, and throughput. Often, the labor obtained in these regions has a high turnover rate, low reliability, and a low level of order accuracy. Automation offers companies a means of achieving a certain level of reliability and order fulfillment accuracy. Large companies in China are adopting warehouse automation at an increasing rate due to the limited supply of companies that are able to provide advanced fulfillment capabilities. For example, there is a limited supply of logistics service providers with the desired capabilities in China, compared with a rapidly growing e-commerce market. This has allowed fulfillment capabilities to become a valuable competitive advantage to those that can offer rapid fulfillment services.

Numerous media sources have noted warehouse automation project cancellations. KION SCS (Dematic) noted in its Q3 earnings release and call that “order intake decreased by 56.1 percent (year over year)” and that “the cancellation of two significant orders by customers also impacted order intake.” Similarly, Honeywell management stated in its Q2 earnings transcript, “I think some of the warehouse kind of overcapacity in the market has been pretty well publicized, so I‘m not going to dwell on that. I mean, obviously, we‘re seeing that too.” Some supporting media sources include a KSBW article stating that “Amazon is no longer coming to Salinas (CA). Plans for the 2.8 million square foot Amazon fulfillment center that was in the works for an agriculture field at the edge of town have fallen through” and an Austin Business Journal article headline stating, “After worst financial quarter in years, Amazon puts plans for large distribution center in Round Rock on hold.”

There have been additional statements from warehouse automation providers that customers, particularly in e-commerce, have delayed projects. Most of these statements do not directly identify customers by name or project by location. Regardless of specifics, these are indications of a pause in investment by some market participants.

Supply constraints on physical items and system inputs have recently inhibited the productivity and growth of warehouse automation suppliers, and component shortages may also inhibit future growth. Some of the public statements from suppliers include the following: Honeywell (Intelligrated) stated in its Q4 2021 call transcript “when the supplies don’t arrive on time, you cause inefficiency in the installation with them because there’s — people are essentially waiting on supplies.” Daifuku noted in its financial release ending in June 2022, ““increased difficulty in procuring components along with the lockdown in China” and KION (Dematic) stated in its financials that “The continuing sharp rises in the cost of materials, energy, and logistics, from an already high level, is increasing procurement risk for the KION Group. Disrupted supply chains and the resulting reduction in the availability of parts and materials is being further exacerbated by the ongoing war in Ukraine.”

Supply constraints appear to be less acute than in the recent past. However, it is difficult to determine if the proper structural changes have been established to protect against substantial disruptions in the future.