You are here:
IT & ISWarehousing & Storage 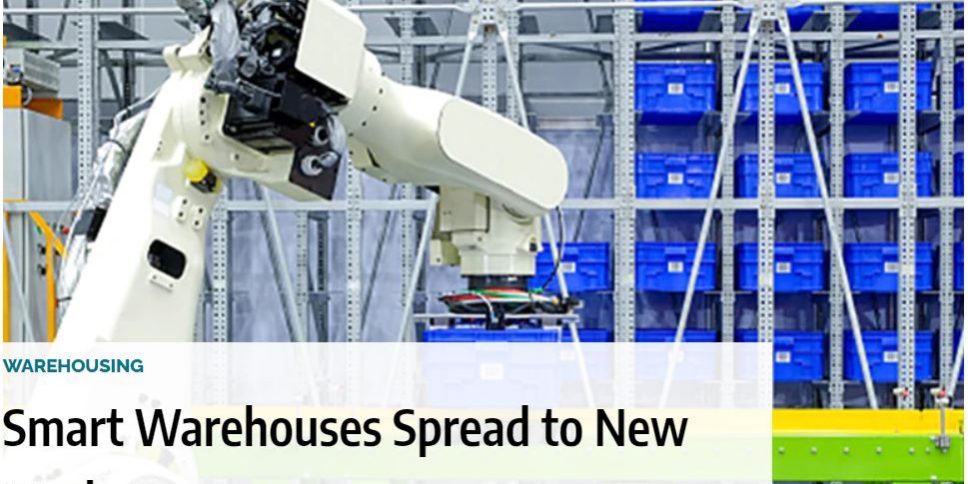 The global warehouse automation is expected to grow 10% by 2026, hitting a market value of $30 billion !

While not a surprise, the expectations, especially by those living in cities, are for fast delivery of goods that were ordered online. In fact, the average consumer expects their deliveries within 4.5 days, compared to 5.5 days in 2012, according to a survey from consulting firm AlixPartners.

Consumers are so serious about this fast service that a report from PwC showed that 17% will actually abandon a brand if they face a long delivery time.

This pressure is causing smart warehouses to expand their footprint. In an article on JLL’s website, the firm said that global warehouse automation is expected to grow 10% by 2026. The market value of that growth will be $30 billion.

Much of the investment is coming from online retailers themselves racing to win customers with rapid deliveries and maximum efficiency.

Automation in these warehouses can include basic programs to manage inventory data, to the most advanced robots and mechanized shelving “Some logistics companies can now pick 35,000 orders in an hour and have boxes ready for shipment within 30 minutes,” says Allan Frydman, JLL’s principal consultant for industrial, and a former automation designer says. “And that’s transformational.”

From a geographical perspective, while the U.S is in the lead for warehouse automation, other markets are catching up. The firm notes that Indonesia, Australia and the Philippines all building warehouses with high-tech standards.

In the Philippines, one of the fastest-growing economies of southeast Asia, e-commerce company Lazada, part of the Alibaba empire, is building its most advanced warehouse yet north of Manila.

And Melbourne, Australia’s busiest seaport is likely to see a new wave of smart warehouses when the promised intermodal terminal comes to fruition. The project would involve building warehouse and container park capacity and connecting this to a future Inland Rail line, allowing double-stacked, 1800-metre trains to travel between Melbourne and Brisbane by the mid-2020s.