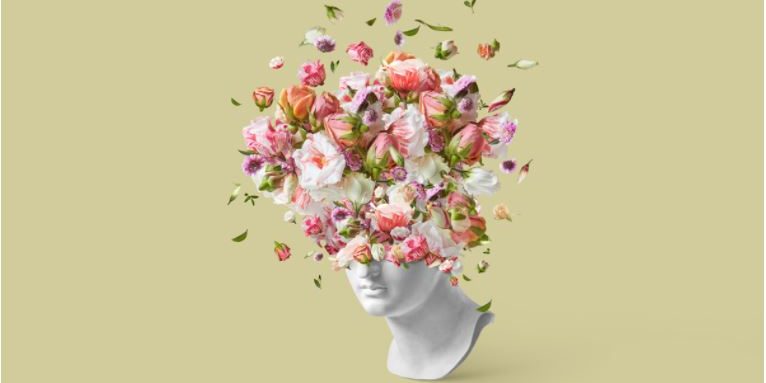 Leaders often cite creativity and innovation as critical components of business success. But many businesses fail to create and encourage environments where creativity can flourish. Managers make three common mistakes that prohibit new ideas and suppress suggestions that don’t align with their own.

A 2017 PwC survey of 1,379 CEOs determined that “innovation” was the top priority for most businesses. The same survey revealed 77% of CEOs struggle to find employees with creativity and innovation skills. Last year, a LinkedIn analysis ranked “creativity” as the most in-demand soft skill.

Why do organizations have so much trouble enabling employee creativity? The answer lies in subtle and deeply ingrained behaviors that prevent companies from creating a creative culture. We identify three misconceptions that managers must overcome to effectively build creative cultures.

A few months ago, articles critical of Google CEO Sundar Pichai argued his slow decision-making process stifled innovation. The articles incorrectly equated decision-making speed with innovation. We don’t have insight into whether his “slow” decisions were innovative, but the misconception that slow decision-making stifles innovation often leads to the illusion that productivity requires speed. Coupled with other measures that Pichai has taken, notably distributed decision making and cutting down on vanity projects, it is just as likely that he is taking a disciplined approach to innovation and productivity, which is reflected in Google’s increased innovation, and growing stock price.

No matter the size of your company, you have likely come across a persona like the fictional employee we’ll refer to hereafter as “Dave.” Dave is a well-liked leader. He is known for quick thinking and decisiveness, and most people regard him as someone who gets things done. On a typical day, he spends most of his time in group meetings. He listens carefully to the issues his team addresses. He weighs in and helps them resolve the challenges. He prides himself on not leaving the office until he executes his to-do list. With every item that he ticks off his list, he feels good about his impact. As he leaves the office, he is happy to have had such a productive day. Given Dave’s ability to address issues and help teams make forward progress, most people would consider him to be a great leader. Not so fast (and we mean that literally).

Trying to resolve things too quickly, especially for complex problems, is detrimental to innovation because you fall prey to premature closure. Resistance to premature closure — a key aspect of creativity — is our ability to keep an open mind when we already have a potential solution. Some of the best solutions don’t come in the initial meeting or two, but after a longer incubation period. While mantras like “move fast and break things” can help push people towards action, they can backfire when the underlying problem is complex. In such situations, resisting the temptation to find a solution quickly (and often less creatively), and instead urging the team (much to their frustration) to keep searching for more ideas can lead to more innovative and far-reaching solutions.

To avoid premature closure, teams should arrive at an “almost final” decision and then intentionally delay action in favor of additional incubation time. During this time, everyone should commit to thinking about the problem and sharing their ideas. If the team can’t find a better approach during the incubation period, they should proceed with their original solution.

Creative thinking is more cognitively demanding than logical thinking. It engages more parts of the brain across the left and right hemisphere and places higher demands on working memory. In that sense, creative thinking is a higher-order skill. In practical terms, this means that analyzing an idea is easier than synthesizing a new one from multiple sources.

When presented with a potential solution, it is easier to drill down on one aspect and discover ways that the solution might not work. Narrowly focusing on one dimension of the idea also means that the working memory must keep track of only a few things. On the other hand, when trying to combine different ideas or perspectives, the brain works in overdrive — engaging both the executive and imagination networks, trying multiple combinations in quick succession to find a solution that might work. Working memory gets taxed more as all elements need to be retained during processing.

In an ideal scenario, organizations would pay people in proportion to their cognitive work. In practice, however, we tend to reward “critics” more than “synthesizers” because critics sound more intelligent. In a study on book reviews, Teresa Amabile found that people who wrote negative book reviews were perceived by others to be less likeable but more intelligent, competent, and expert compared to those who wrote positive book reviews. Pfeffer and Sutton call this the “smart-talk trap,” where people engage in negative criticisms and complexities to appear more competent and are subsequently rewarded by the organization.

The intelligence illusion might seem mild, but it has pernicious consequences for an organization. When Steve Jobs took over Pixar, it had been struggling to produce a blockbuster despite being home to some of the smartest people. After noticing that excessive criticisms were shooting down creative ideas, he instituted a policy of “plussing,” where one could only offer a criticism if it included a potential solution. That simple strategy pushed people from being criticizers to creators, changed team dynamics completely and led to a string of successes starting with the development of the movie Toy Story.

Leaders can improve group creativity by paying close attention to how ideas are discussed in diverse group settings. They should encourage team members to build on each other’s ideas instead of pushing individual ideas. This doesn’t mean that ideas should be accepted blindly when they contain flaws; instead, they should approach ideas with an open mind to acknowledge useful aspects and improve weaknesses using plussing or the similar “yes, but, and” approach.

One of us recently chaired the search for a senior academic leader. The search committee consisted of a diverse set of faculty, staff, and students operating virtually. It soon became clear that following a traditional group brainstorming approach would not work well, because several disenfranchised participants tended to self-censor. To overcome this challenge, the group created a cadence of process meetings preceding decision meetings. In process meetings, protocols of inclusion (e.g., specifically including student voices) and “rules of the game” for the decision meeting were established. Although this took more time, it led to a high-trust process that resulted in the hire that had the confidence of the community.

When you ask people to describe an ideal brainstorming session the most common elements you hear are: people getting together, an energetic and exciting mood, and lots of ideas flying across the room. Simply put, most teams associate successful ideation with group work. Surprisingly, that’s not true.

Group brainstorming feels more productive, not because of the number of ideas that are produced, but because of social effects. The social connection we experience with each other during brainstorming makes us happier and we confuse that with productivity. In practice, nominal brainstorming (where individual team members think independently before sharing their ideas) consistently outperforms traditional group brainstorming, especially for diverse teams. A Yale study found that the number of ideas produced by individuals and then aggregated (nominal group) was twice that of ideas generated by the group working together.

Ideation can be limited in group settings because of production blocking (when people don’t get a chance to interject their idea), evaluation apprehension (a fear of being judged negatively), lack of psychological safety (entrenched power structures) and social loafing (hiding in the group and not contributing a fair share).

To promote more creative ideas, leaders should utilize simple tools to capture individual ideas before they are opened to the whole group. Group discussions should be conducted asynchronously, where team members look at each other’s ideas and use them to refine and create new ideas. If done remotely, leaders should find other ways to bring the team together to bond and build trust with each other.

Business leaders agree that creativity and innovation contribute fundamentally to competitive advantage. Companies with an innovation-focused culture are three times more profitable. Leaders who seek to initiate a new creativity practice must consciously avoid the three illusions. This work requires supporting clear and consistent political commitment, inclusive leadership style, thoughtful organizational structure, and an explicitly earmarked budget. Creativity programs are an urgent imperative. In a conceptual economy, these programs are the path to growth and an engaged workforce.