How to Become a Warehousing Grandmaster 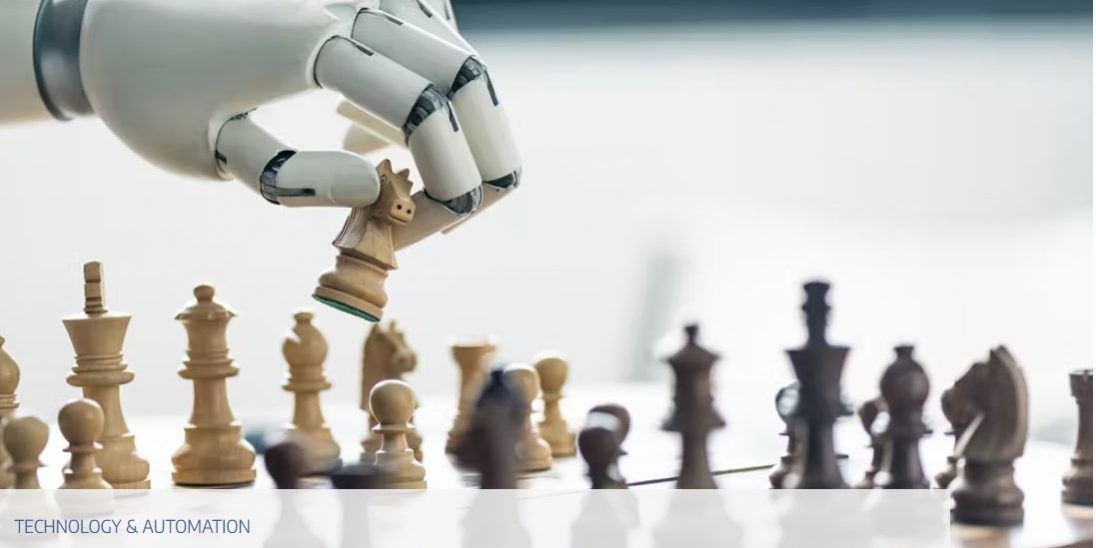 Have you ever played chess? It’s a simple game where two players square off against each other with 16 pieces each on a board with 64 spaces. By the time each player is three moves into the game, there are 121 million ways the game could have unfolded. In fact, there are so many different ways a game of chess can be played, that the actual number of possibilities hasn’t been computed. It is estimated to be a number larger than the number of atoms in the universe, which is remarkable for a game with 64 squares and 32 pieces.

Given all of the different ways a game of chess can be played, there is a significant skill disparity between the worst players, or novices, and best players, known as “Grandmasters.” Unfortunately, whether a player is a novice or a Grandmaster, they’re going to lose when playing against a computer. Since IBM’s Deep Blue beat world chess champion Gary Kasparov in 1997, humankind has since ceded superiority in games such as chess to machines.

The average chess game is 35-40 moves per player. A Grandmaster might be able to predict outcomes 10 to 15 moves into the future from the current state. Artificial intelligence (AI) algorithms have the capability to process many more combinatorial possibilities, and can simply understand more of the future outcomes of the game and how it can be played in order to maximize their potential for winning. Because of that, the best outcome a Grandmaster could even hope for is a stalemate, which is a tie in chess. More often than not, they would lose.

So what does AI superiority in the game of chess have to do with warehousing? Well, quite a bit actually. Like a game of chess, warehouses leverage moveable pieces (floor associates + automation) all working towards completing an objective (shipping inventory on time, in full). Unlike chess and its 64 squares, warehouses are much more complex, having thousands of locations and dozens to hundreds of “pieces” moving around the facility to execute on the workload.

Like chess, most warehouses are run by people, with taskers, planners and coordinators managing the work of all of the different “pieces” moving around. Unfortunately, those planners are infrequently Grandmasters and vary in skill significantly even from shift to shift. Given the complexity of the tasks they are expected to solve—managing a human and robotic labor force to deliver value while handling a constant stream of interruptions and issues—these planners have their work cut out for them.

We Have a Software Problem

Just like in chess, there is software in a distribution center that can pull in all data about the operation and provide decision support to planners to maximize positive future outcomes across the whole operation. Gartner recently coined a term for these all-encompassing warehouse softwares: “warehouse resourcing planning & optimization software.” Unfortunately, that mouthful of a software category hasn’t hit the mainstream yet, and most logistics groups are still in the habit of purchasing software to attack part of their problems.

Most supply chain organizations are investing in warehouse management system upgrades, yard management systems, labor management, warehouse control systems, inventory management systems, slotting systems, and more. For planners, every new software means new change management and more screens to deal with on top of all of the planning and firefighting they’re doing on a daily basis. What this results in is planners downloading reports from 18 different dashboards and then pulling them all into Excel to try to do their job effectively. Not only does this process result in a sub-optimal operation with a lot of wasted effort on the floor, it’s extremely time-consuming.

The need for a single software to consolidate all of the other softwares running siloed operations has never been greater. With chess as the model, it should be possible to have all warehouse execution planning be done by an AI solution that is able to maximize warehouse throughput while minimizing cost. It should do this by understanding all of the constraints that exist at the site, such as labor per shift; capacities of AGV, ASRS and other automated systems; process flows that need to be respected; space considerations; inventory restrictions; customer requirements; and more. All of that can be factored into a single optimization to converge the processes of receiving, replenishing, picking, packing, staging, loading and shipping into one singular plan that maximizes the potential for the site. Best of all, it should be able to do this without any planner intervention.

Even though there are vendors on the market who offer this type of converged optimization solution today, the process of implementation does not happen overnight (as companies like Procter & Gamble and General Mills have learned).

The first step is to understand all of the data available that impacts the distribution center. This means knowing what data can be extracted from the existing WMS, YMS, real-time transportation visibility platform, production scheduling solution, order management system, WCS, and possibly TMS.

From there, objectives must be defined. To reference the earlier example of chess, the objective is to beat your opponent. There is no opponent in warehousing unless you consider late transportation an enemy. Instead, it is imperative to create a mathematical objective function that explains how a site should prioritize activities. If objectives can’t be written down and compared against each other, then it is impossible for any software regardless of “intelligence” to deliver the value intended.

Oftentimes, questions like the following need to be asked: if a site could ship one trailer 10 hours late, or 10 trailers one hour late, which is better? It’s actually fairly challenging to answer, as they are both a net 10 hours of lateness, but the customer satisfaction or financial impacts might be very different. Other considerations need to be made about how cross-functional activities weigh against each other. If only one door is available, would you rather unload a trailer heading into detention or ship on time to a customer and pay the detention? There are thousands of potential scenarios to consider, but instead of documenting them all, AI systems can make those decisions if they understand the cost of each activity and inactivity.

Once objectives are defined, integration begins. The AI solution will pull data from all of the siloed sources available and run optimization on a regular cadence. The output can be reviewed by the planners at the site to determine if objectives are met and costs are minimized. This process generally takes a few weeks to complete.

Once objectives are met, integration back into the system of record, often the WMS, begins. As planners use the AI converged planning solution, it becomes obvious that they could make a single decision from inside of the tool instead of having to independently go into the WMS, YMS, or WCS every time they want to release work. This single decision is then pushed into all of the respective siloed solutions, and takes significantly less time (while creating a much more optimal plan) for the planner. Eventually, planners will find that they are just opening the AI application, approving all recommendations, and letting it handle delegating that work out to the systems of record.

At that point, the site has fully evolved to a converged “dark planning” solution. The people that the site was so reliant on to run are still a critical part of the operation, but they are able to spend their time fighting fires on the floor and working with associates instead of monotonously releasing work through all of the existing softwares at their disposal. The operation has given itself two huge advantages: much more time from its most critical resources, and the best plan forward that can possibly be created by all of the combinatorial optimization in the world. Just like in chess, artificially intelligent machines become the de facto experts at warehouse management.